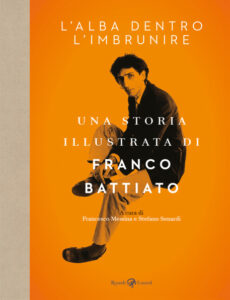 In the song Testamento included in the album Apriti Sesamo, Franco Battiato sings “I leave the happy years to my friends. Of the most daring reflections ". And Battiato's closest friends, in the months following his death, which took place on May 18 at the age of 76, took action to contribute to the creation of a story illustrated in his memory. Dawn within dusk, from the text of one of his best known songs, is a color journey through the life of Franco Battiato, edited by Francesco Messina and Stefano Senardi and published by Rizzoli Lizard.

Stories, thoughts, ideas, memories of many friends and collaborators who with their contributions return not only memories, but also the vision of a whole life, and that along the pages intertwine and meet the words and voice of Franco Battiato .

The [beautiful] book of 320 pages in color, consists of sixteen chapters that tell the music of the great singer-songwriter (from composition, to recording, to concerts, to collaborations and to a reflection on his voice), but also the themes equally dear to Battiato like cinema, theater, books, the many journeys made, as well as his interest in spiritual research which has intensified throughout his entire life. 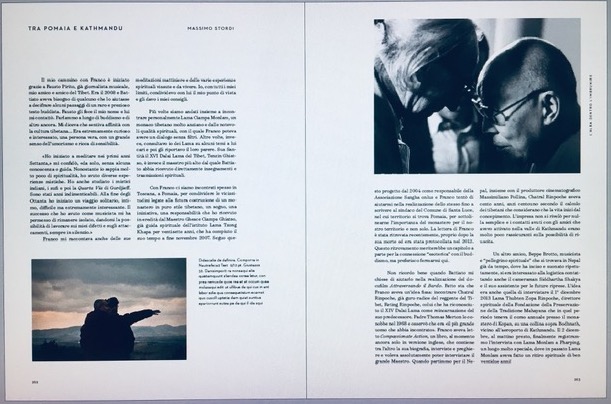 Among the many contributions we find the chapter Between Pomaia and Kathmandu, dedicated to him by Ven. Massimo Stordi, to whom the singer-songwriter had been linked for years by a friendship relationship. The monk in charge of the Sangha Onlus project and Battiato met when, as a broad-spectrum researcher of the spiritual universes, the musician approached Tibetan Buddhism, as evidenced by his trip to Nepal and the documentary entitled "Crossing the bardo" at which they had collaborated.

We anticipate an excerpt: "Success as a musician has allowed me to remain isolated, giving me the opportunity to work on my defects and attachments, in silence". Then he told me about his meditations, almost always very early in the morning, and the various experiences he lived and saw and, as far as I could, I shared my point of view and my advice.
We went to personally meet Lama Monlam several times, an elderly monk of remarkable spiritual qualities, with whom he could have a direct dialogue. Other times, on the other hand, I would consult Lamas on some topics that were dear to him and then I would report their opinion to him. His Holiness the XNUMXth Dalai Lama of Tibet, Tenzin Ghiatso, is instead the one from whom he directly received spiritual teachings and transmissions.

We met here in Pomaia several times and he shared with me the vicissitudes of the construction of the monastery, which I have been following since 2004 as manager, so much so that he wrote to the mayor of the time to underline its importance for our territory and beyond. The letter was found very recently, after Franco's death, and registered jointly in 2012. Even its discovery would deserve a separate chapter and so I'll stop here.

I don't remember well when he asked me to help him with Crossing the bardo the fact is that Franco had a fixed idea: to meet Chatral Rinpoche, former root guru of the regent of Tibet, Reting Rinpoche, who recognized the 14th Dalai Lama as the reincarnation of his predecessor. Surely he had read Compassionate Action and wanted to be able to interview him for his docu-film. When we left for Nepal: Franco, Massimiliano Pollina and I, Chatral Rinpoche was 100 years old, or rather 101 according to the calculation of the Tibetans considering that life begins from conception ”.

You will find the rest of the passage in the book released on November 9 with the texts by Francesco Messina, which guide the reader along a narrative in which the writings of the numerous guests, the words and speeches faithfully reported and highlighted by Franco Battiato are mixed, together with the images of which the volume is enriched. Over three hundred photographs, paintings and stills, many of which are unpublished. The book makes use of the contributions of, among others: Alice, Ernesto Assante, Caterina Caselli Sugar, Gino Castaldo, Francesco Cattini, Ombretta Colli, Michele Di Lernia, Mino Di Martino, Michele Fedrigotti, Eugenio Finardi, Enzo Gentile, Gavin Harrison, Luca Madonia, Marco Mangiarotti, Roberto Masotti, Vincenzo Mollica, Morgan, Lorenzo Palmeri, Giacomo Pellicciotti and Angelo Privitera. 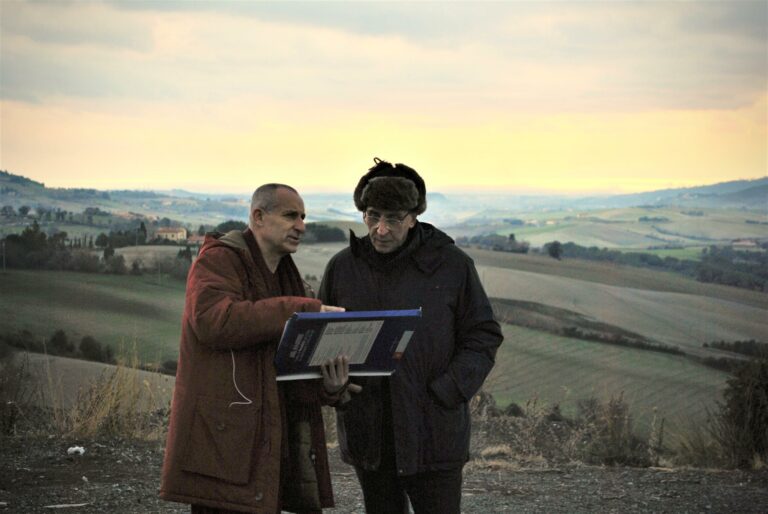